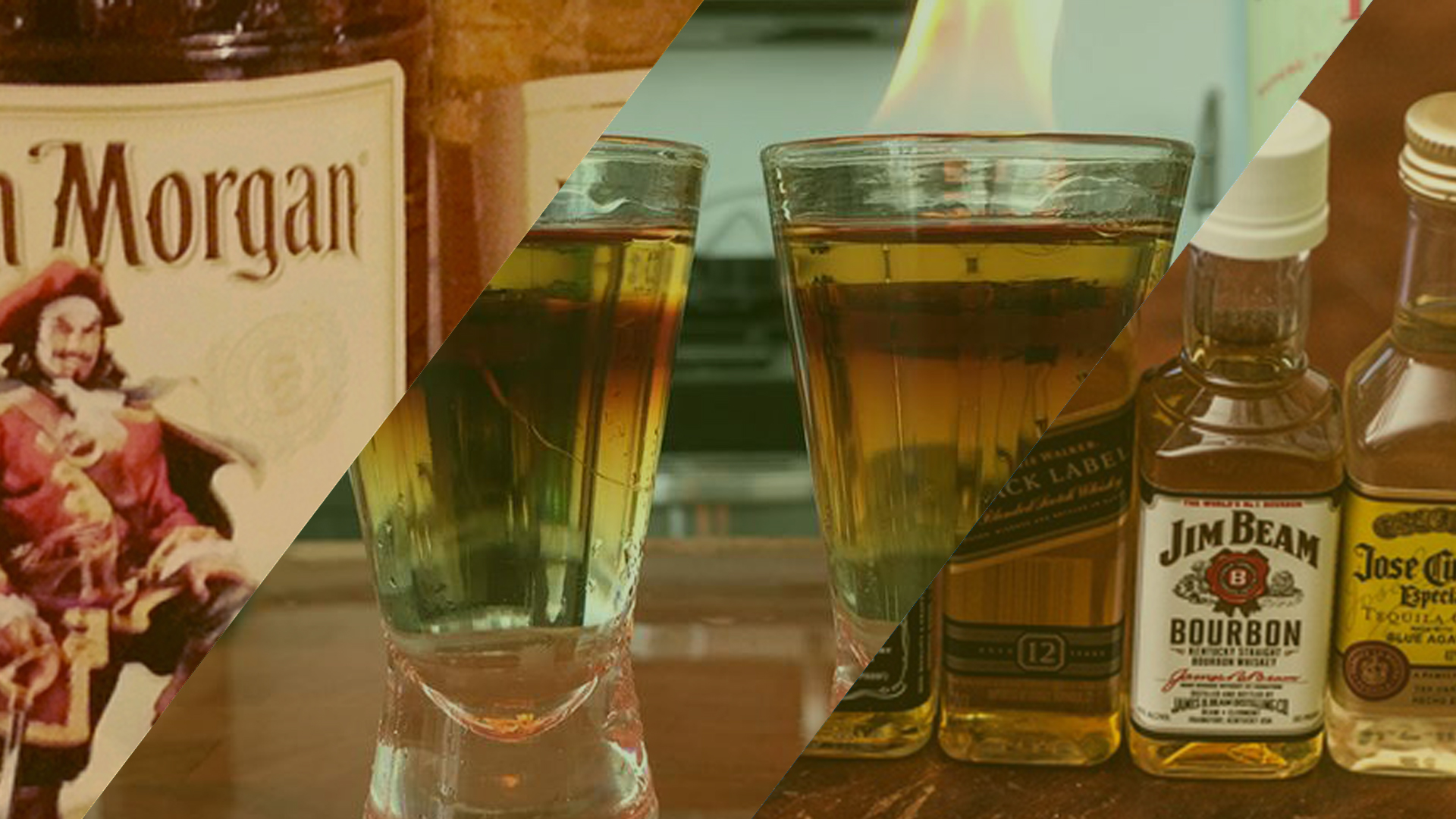 Feeling a bit down? do you need to release some stress or just want to accelerate the night for a much-needed sleep but your caffeinated body would just not let you? We have gathered the best 3 drink recipes aptly useful for that purpose and then some.

I guess you’re more familiar with the gentlemen of the bar; Jack Daniels, Johnnie Walker and Jim Beam put together a shot of each and they are called The Three Wise Men. What if we add a bit of Latino flair, a shot from our favorite gringo, Jose Cuervo? Now that’s the Four Horsemen sowing fear and terror from up your brain down to your spine and liver. Two of these and you will feel like a beaten-up piñata.

From the name itself, Liquid Cocaine, you know it’s somewhat illegal. Either as serious as the EJK or being subjected to TOKHANG after, deep down you know, you are so screwed for making this drink. You start this drink with some Bacardi 151, oh yes only the strong stuff right there. Add some Goldschlager, that Swiss schnapps with gold flakes in it and finish it up with some Jagermeister, a digestif with 56 herbs and spices. Good thing the Barcadi 151 will help you pronounce the name of the two liquors if not keep drinking Liquid Cocaine until you are fluent AF.

Here comes the battalion!!! What makes The Headhunter different from the first two is its sheer numbers and like any army its brutally effective. The leader of the group is 3 shots of Captain Morgan, a spiced rum originally from Jamaica. Along with him are two shots of another Caribbean liquor, Bacardi 151. Yes, the el locos of Bermuda are back and brought along 3 shots of beer (Red Horse for Flag and Country) just in case you’re not hammered enough. Shock and Awe at its finest. Booyah!

Prepare your pajamas early because after you tasted these concoctions there is no turning back. These will send you to dreamland faster than you could shed your tear. Have you guys tried one of these? Hit us up at the comments below and share your experience.