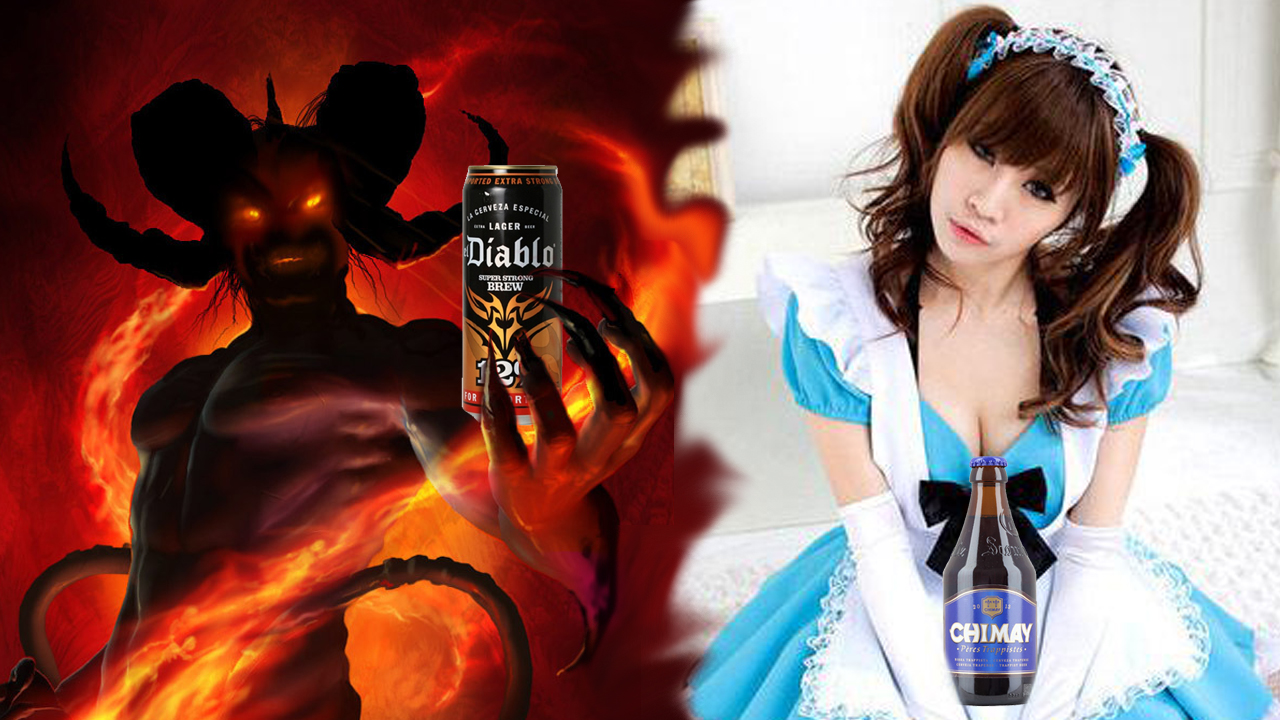 Top 5 Strongest Beer in the Philippines and their best commercial (if it is their best).

This beer a few millennials have savored but more will never taste the WAP-PAK! Phased out a few years ago, I guess, due to market competition with another San Miguel Brewery Brand, Red Horse or for some other reason I can’t find in the internet. Strong Ice hit the market targeting the youth who wants a strong beer with lower calorie count. Providing the WAP-PAK at 6.3% alcohol by volume, this ice-filtered premium strong beer has a smooth finish but doesn’t fill your tummy. This was an awesome beer back in the day. Na miss ko tong beer na to, Pare.

Short and sweet, that WA-PAK to your head, brings back great memories.

Ah my favorite beer!!! The beer of choice of most Filipinos that want that extra kick. Rebellious and flavorful yet intense and bold, this beer has a sweet and bitter smooth finish. Best savored very cold, mas malamig pa dapat sa ex mo pare. With a strong legendary status because of the Happy Horse folklore and at 6.9% alcohol by volume, you won’t get wrong by choosing this beer to ease some stress or have a wicked night out with the boys!

That throw off like being sphere tackled to the wall, not to mentions the rock icons, best exemplifies how great this beer is!

This premium roasted malt and triple hops brewed strong beer exudes great flavor, balance and aroma. Slaying all local competitions with its 7.2% alcohol by volume, this brew aims for the right balance of sweet and bitterness every brew master dreams off without wrecking your wallet.

That no-liner with flaming eyes after he smelled the aroma of the beer, spells bad ass in so many levels.

Drinking beer and at the same time helping can’t be easier than this. Chimay is an authentic Trappist beer: this means that it is brewed within the walls of a Trappist monastery, under the control and responsibility of the community of monks, who are involved through the process of making and marketing the beer. Most of the income generated by this activity is devoted to the needs of the community and social works. A dark ale with a powerful aroma with a limpid beer look and thin foam; this good boy beer rates in 9% alcohol by volume. Chimay has three other varieties: The Chimay Gold with 4.8%ABV, Chimay Red with 7%ABV and Chimay Triple with 8%. So, pare, nakatikim ka na ba ng Chimay?

A bit witty with good reference to the trappist origin of the beer but lacks the ump that convey’s how strong it is.

This is a serious beer. This will wipe you out with two cans. At 500ml a can and 12% alcohol by volume, it would be foolish to disrespect this beer. The name itself commands some sort of fear, a cowering of self-doubt that makes you question: “Am I a strong man or a weak kid? A Super-Premium Lager category. Brewed with 2 premium European Malt, 3 Hops varieties (hallertauer, Yakima, and Perle) and 2 different yeast strains, a complex yet enlightening brewing process. A medieval beer in today’s world, a combination of authenticity and modernization; el Diablo has an undeniable rich, fruity, and clean taste. Fiery yet Cold, Uncanny yet Bold, Strong yet Smooth. Don’t let this fool you, El Diablo is not for mild at heart. Masarap ba ang lasa ng Diablo? Mali ata ang tanong, may oras ka pa bang malasahan ang sarap ng Diablo bago ka warak?

Seriously, they better up their commercial game, for such a strong beer they have the weakest commercial. Dios mio, disgracia todo-todo!!!