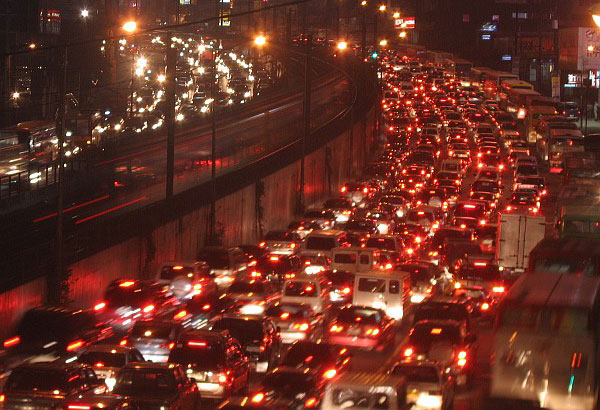 Allergic ka ba sa traffic? Then I bet, you also like your beer quick, fast and in a hurry?

The traffic situation in Metro Manila is getting worse and worse and any solution to the epidemic is not even in the horizon. Lagi ka bang late sa mga appointments or you would rather stay home than go brave the terror that plagues the metropolis day in and day out, even during ungodly hours? Pati ba sa parties or gimik, late pa din? Missing out on the crescendo of the inuman, kaya amat na lahat samantalang ikaw hindi pa maka-sabay sa trip?

Why don’t you try Beer Bong, pare? It’s the highway to the danger zone faster than Top Gun.

Ano kamo ang Beer Bong? It is anything that aids in the fast consumption of beer. It typically comprises of a funnel, a plastic tube, and a stop gap.

At first, siyempre, may halong fear at excitement, parang first date nyo ni Bae. You have to gauge your capacity, so advice namin sa ‘yo, stick with one muna. The road to Warak City is paved with disrespecting fools that underestimates the power of alcohol, kaya hinay-hinay muna sa simula, repa.

How do you do the bong? Simple. Make sure the stop gap is on lock, as the beer fills the tube through the funnel, flick the tube to eliminate some of the foam. There’s no need for head (beer foam) in this set up, there’s no time to smell the hops so forget about savoring the smell of beer aroma.

When the beer (or for some veterans; beers) is finally in the bong, let a friend lift that bong up above your head. Take a knee to give reverence to the beer gods, gravity will aid us in this journey.

Place the end of the tube inside your mouth, open the stop gap, and chug. Gravity pulls the beer down the tube into your parched and waiting body. Bibigyan ka ng kilig na talo pa noong unang beses mo nakita si crushie. Shake it off, you just did a bong!!! (virtual high five for everybody)