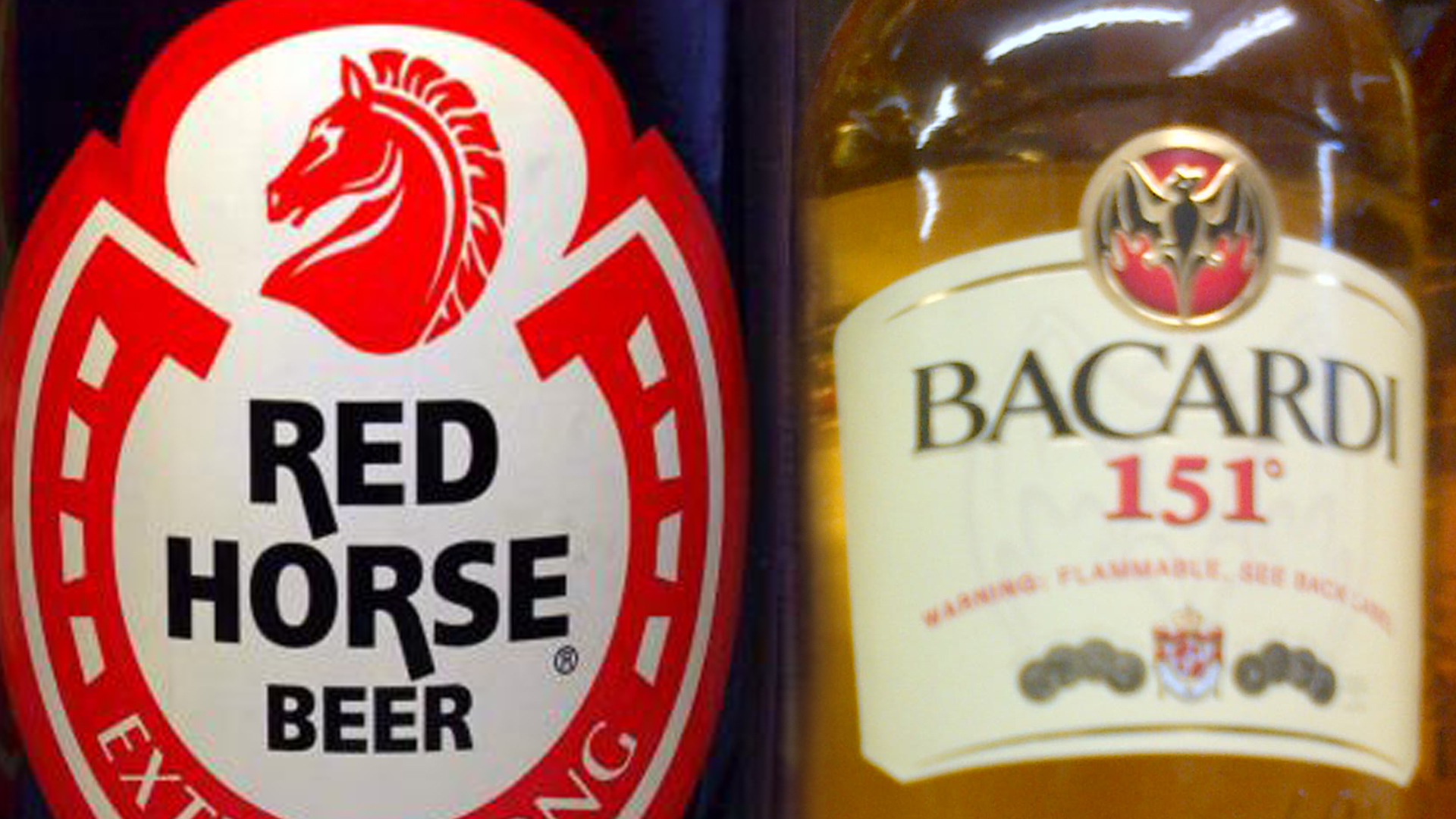 Which would you choose? Straight sa kawalan, Pare!

Bacardi 151 was first introduced in 1973 by Bacardi Limited in Hamilton, Bermuda, as in the Bermuda Triangle fame, bro. This highly alcoholic rum has a whopping 151 alcohol proof meaning it has a 75.5% alcohol volume. Talk about petmalu sya, pare.

Some claims that the alcohol composition of Bacardi 151 is the same as the rocket fuel of World War 2 V2 rocket. It is highly flammable and as such the manufacturers placed a flame arrester to prevent accidental ignition. The bottle itself is riddled with warnings about the dangers of placing near open fire but a lot of people tend to take this warning as mere suggestions. As of early 2016, the production of this liquor has been discontinued for unknown reason. Maybe it’s because the company has been fighting off legal cases left and right.

This is devil’s sweat in all its gore. Many full-grown men and women have been brought down to their knees and in tears by this liquor. Let’s just agree that this was not meant for any forms of consumption, but we were too stupid enough to listen and care. Surely, this is your poison of choice if you want to forget about that oppa that cheated on you or that bae that didn’t gave you a fighting chance. At Php 800.00 per bottle (if you can still locate one), at 750 ml, that’s slightly over P1 per ml.

Up against this foreign fiend is our local strong beer, dubbed as the Devil’s Juice. Red Horse is the beer of choice of most Filipinos specially in the Visayas and Mindanao. Clocking in at 6.9% alcohol per volume makes it a seemed harmless compared to the Bacardi 151 but don’t be fooled, repa. Kilalang traydor kung tumama ang lintik na sipa ng kabayong ito.

Locally produced by San Miguel Brewery, it was introduced in 1982. Compared to its subtler cousin, the San Miguel Pale Pilsen, this brew was first endorsed by Filipino movie villains, Ruel Vernal and Larry “Pipoy” Silva. Justly described as rebellious and flavorful yet bold and intense, Red Horse truly embodies its rock star image. The first ever extra strong beer of the Philippines has been a constant companion for broken hearts and troubled soul alike. Beer so good, ayos na ang kasunod. At sa presyong Php 97 per 1000ml, its less than P1 per ml. Just look for the “Happy Horse” logo for a bit more kick for your buck.

In your darkest day and in your most trying times, what’s your choice, repa? Two cases of Red Horse or 1 bottle of Bacardi 151? Let us know in the comments section below.