You Had Us At Bacon Taqueria 101 from Bicutan 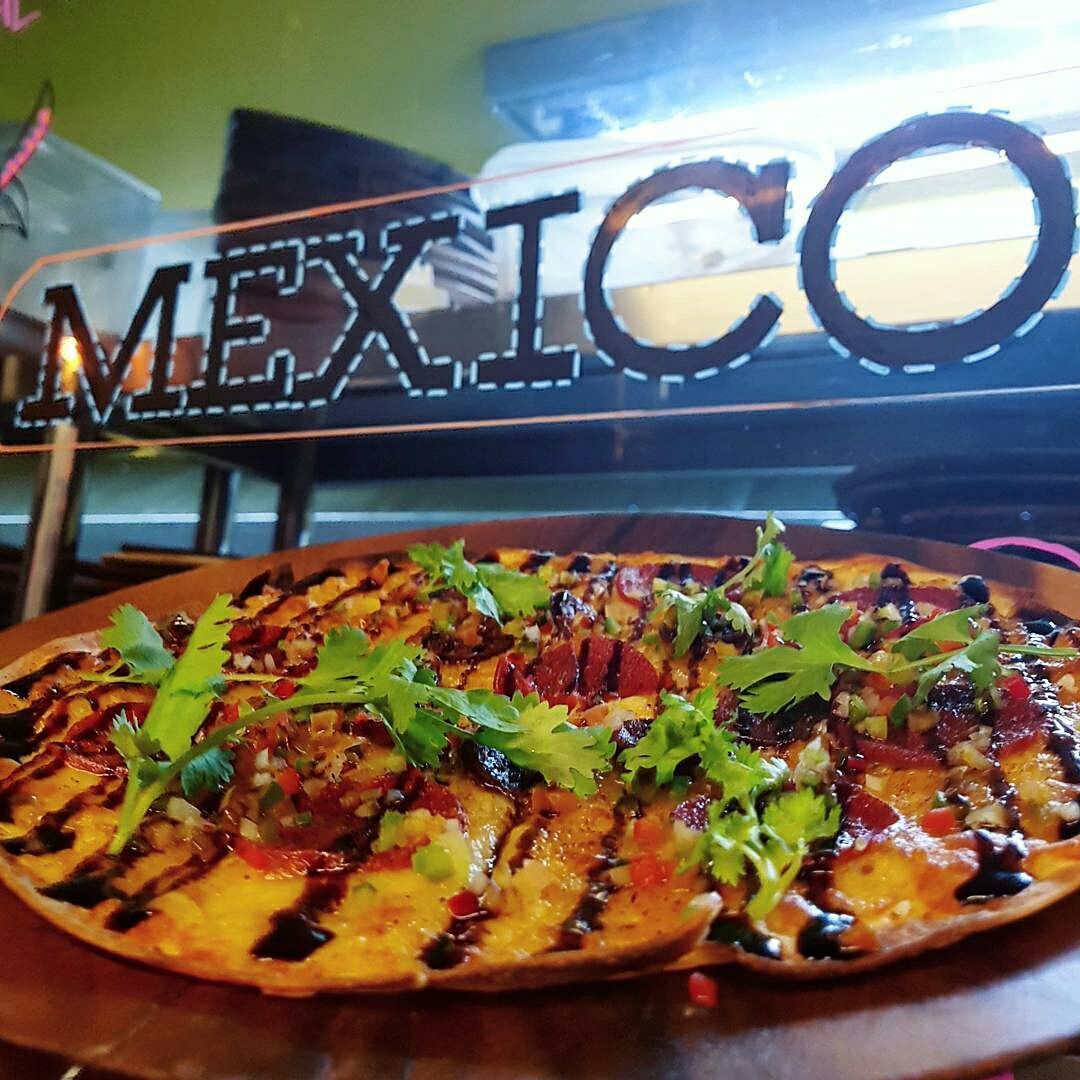 For beer drinkers, when you say mexican food, you mean NACHOS! That’s it.  That’s how far we’ll go for mexican and beer.  Nachos and Beer.  But when you mention bacon.. the rules of the game change.  Anything with bacon is a friend of my cold blooded bottled sidekick.  So we ventured south.. well not south south, just bicutan (which is pretty close if you take the skyway by the way) to check out the latest creation of Chef Kel Zaguirre (You know him, that awesome chef dude behind Locavore).. Taqueria 101. Andale andale.. arriba arriiiiba. (Tama ba?)

So as usual, we scoped out the place, it’s right beside Papa John’s along Dona Soledad. You won’t miss it coz cars move pretty slow along Dona Soledad – diba my friends from Bicutan?  It’s right across a caltex or shell station, can’t really remember.. for obvious reasons.  The place gave out a modern mexican kitchen taqueria vibe.  It’s like your friendly neighborhood taqueria where everyone’s friendly and it’s all about the food.

The menu was a mouthful and cleverly designed by the way, hats off to the one who thought about that.  Everything sounded so goooood.  We were already drinking so we were about to just blurt out “nachos” when lo and behold.. one word that will rule them all… Bacon.  Smoked Bacon Quesadillas.  Instantly, we knew we had a winner.. bacon will never disappoint us.

There are a number of good munchies on the menu, we tried a lot of ’em.  The ribs, the sisig tacos, the nachos, the chicharones… so many to mention.  But I guess what we’re trying to say is that it was bacon that got us hooked for more Taqueria 101.

They have all you can eat Taco Tuesdays!! Woohooo! Gracias. Salud! *roll up mustache*