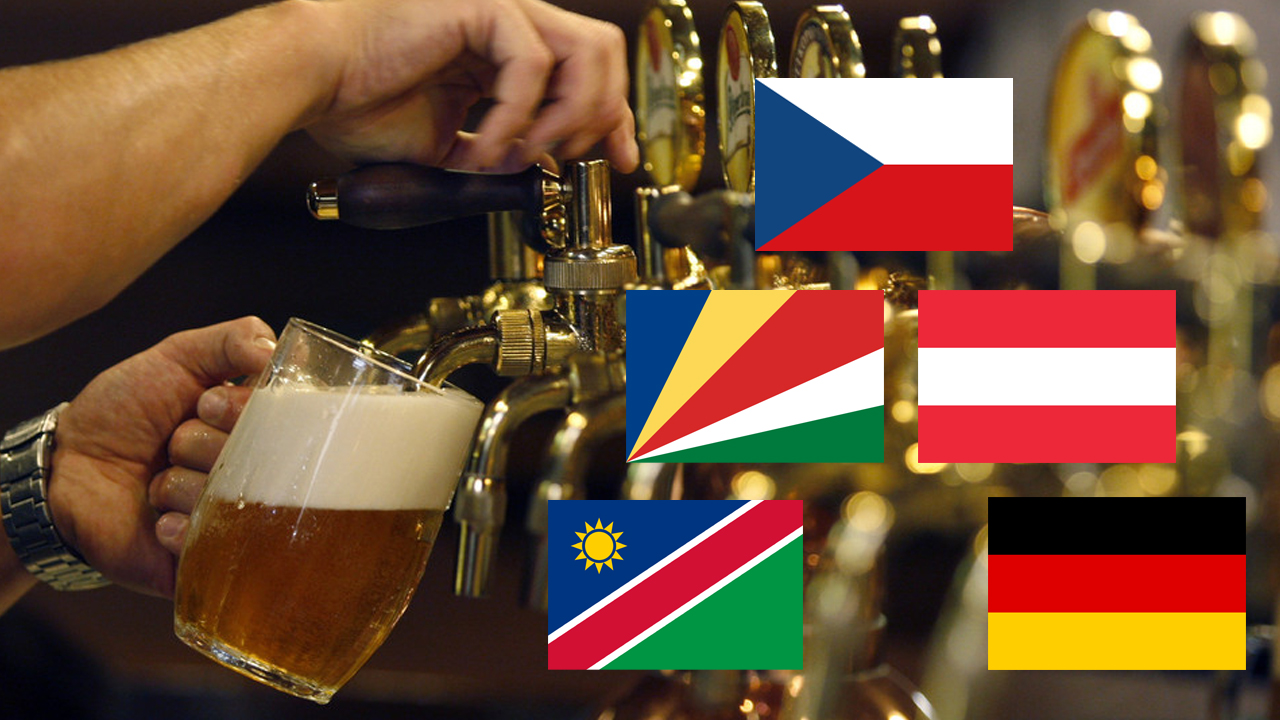 Where do you think, the Philippines fall in?

Japanese beverage company, Kirin has monitored the beer consumption of countries per capita, and as of 2015, the Czech Republic is still the undisputed beer guzzlers of the world 23 years running. Downing 142.4 liters per capita that’s equivalent to 142 bottles of Red Horse Mucho. Maybe they have weak beer over that part of Europe but second to them is a small island country near India, Seychelles, with 114.6 liters per capita. Completing the top five are Austria with 104.7 liters, the home of Oktoberfest Germany with 104.7 and African nation Namibia which we might assume because of the weather can down 102.7 liters.

Where is the Philippines you ask? Well, according to the Kirin research we’re not in the top 35 countries. Further search with Wikipedia, and we found out that we’re at 107th country in alcohol consumption with a total consumption of 5.4%. Of that we drink 26.9% beer and 72.7% hard drinks. Talagang mahilig lang tayo sa direct approach ng pag-inom, pare. Walang paliguy-liguy. Ika nga ng tropa ko, “Bakit ba tayo umiinom, di ba para malasing? Kung hinde, sakit sa ulo lang yan.”

But it’s not too late, mga repapips! These researches are old, and they may start another one by next year.  Practice makes perfect and we have a long way to go. Gisingin na ang mga bahay alak, and bring out those beer bongs. Coach Plow KungFu Master is on the case, show some Filipino Pride, we can do this!