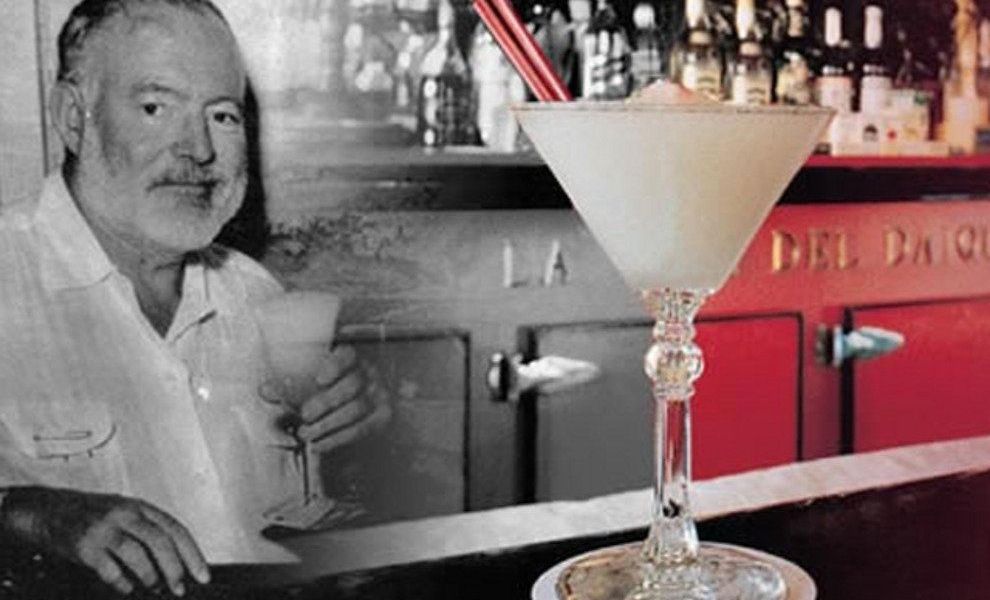 The man… the myth… the Legend… who’s written works of art elevates our minds and cocktails that numbs the senses, teaching everyone to relax and chill..

Not only did the man write some of the finest literature on Earth, but he also brought attention to some of the most famous cocktail bars in the world today. His favorites included Harry’s and Closerie des Lilas in Paris and El Floridita in Cuba, where they invented the Papa Doble Cocktail, named after the double measure they knew to give him. The cocktail continues to be served in countless bars around the world today.

Shake ingredients with ice and strain into a cocktail glass.

“A man does not exist until he is drunk.” – Ernest Hemingway