Tuba: The Drink of the Gods 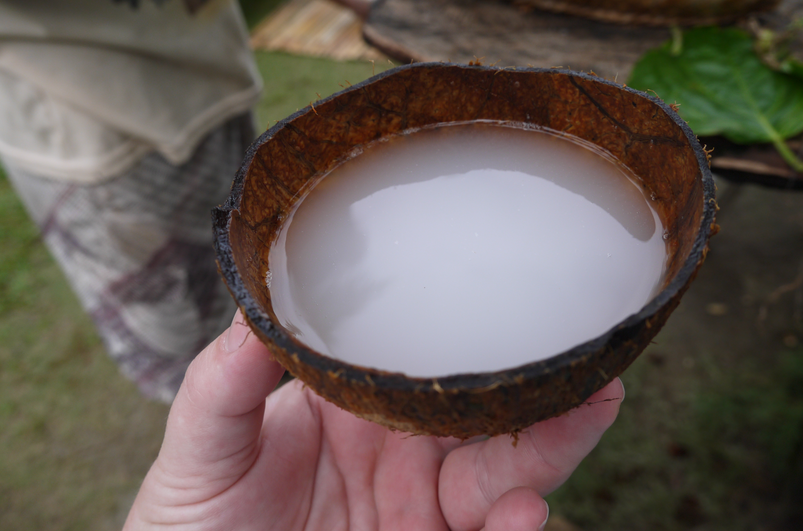 Photo from: Trip The Islands

Tastes like champagne for less than 1/10 of its price. Move over Dom Perignon, Tuba is here.

Being a proud Cebuano, I am quite familiar of this native drink. During my teenage years, I used to hide with friends whenever we go drinking. Arriving home turnt AF, blood shut eyed and stuttering my lies as I dodge inquisitive questions of my whereabouts. I finally earned my drinking badge in a trip to the high lands of Cebu with my Dad. It was summer, and fiestas were celebrated in the province. As my Dad had his fill of telling stories from memory lane, he offered me a chance to earn my stripes by drinking with him and his old buddies from elementary. Prehistoric levels, pare.

The poison of choice: Tuba! 25 gallons of the fresh stuff was ordered along with half a sack of almost ripe green mangoes and alamang. Fights! The catch is I drink half of the 25 gallons container, while they consume the rest. The short and sweet of it all is I manage to down that Tuba and earned my Dad’s graces to drink.

What is tuba? Before any of our colonizers came to our islands, native Filipinos have enjoyed this gift of the Gods. Collected daily from the sap of coconuts by the Mananagut, this drink is considered having aphrodisiac qualities as well as a staple of fiestas and provincial life celebrations.

So, what does Tuba tastes like? It’s sweeeeeet, and naturally carbonated. Cured for a few hours and the sugar breaks down resulting for a higher alcohol kick. A few more days and the tuba turns to “Bahal“, a stronger alcoholic version of the tuba and a bit sour to the palate, this is most favored by drunkards.  Three more weeks, the Bahal turns to Sukang Visaya, a delectable vinegar perfect for cooking your Humba (Sweet Pork Adobo with black beans) or dipping companion for your Lechon Cebu and Carcar Chicharon.

Why did I compare tuba better than champagne? Well for one, its available all year round. Compared to the rarity of champagne that could only be produced through years of fermentation and only in good years, Tuba can produce the wealth of favors only a few champagnes could provide. Another thing is Tuba is cheap, at P50 per gallon, consider that price to a Dom Perignon, that’s an absolute steal! Even though its highly affordable, making tuba is not only hard work but a dangerous one. Every Mananagut would climb 20-meter-high coconut trees, that’s a height of 6 story building collecting each drop of tuba. A fall means, well if not instantaneous death, a long and agonizing one.

If that alone would not make you proud of this native drink, at least give it a try during one of your vacations to the province. Drink it chilled with a savory pulutan and it will surely surprise you. Changing your perception as Robin Leach ends your day with “Tuba wishes and pulutan dreams”.