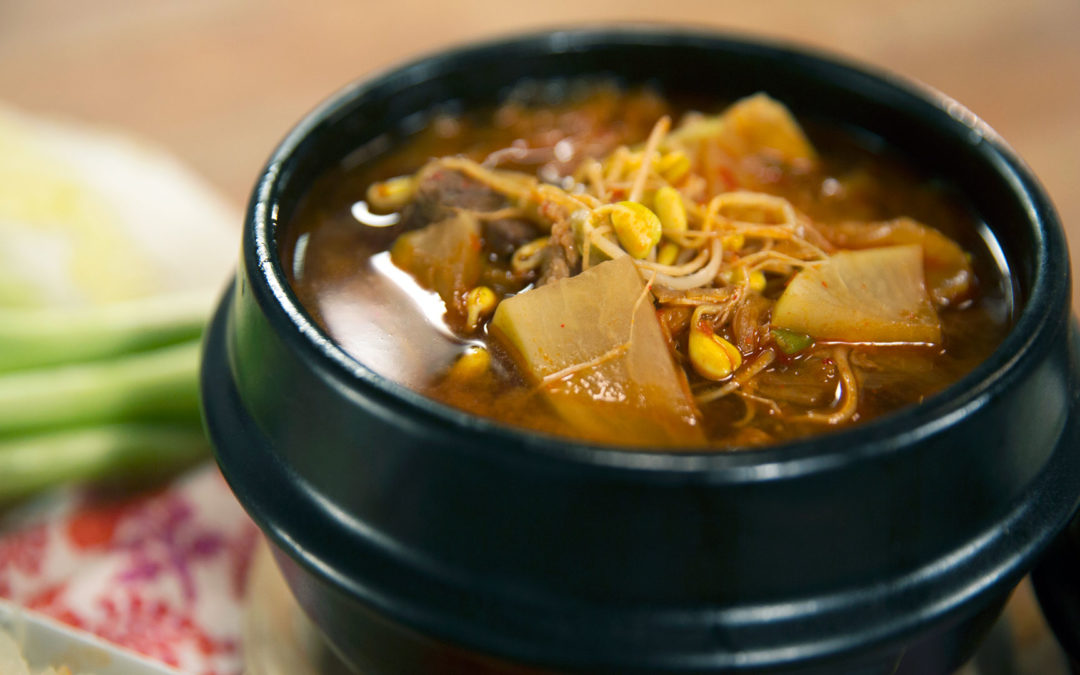 Korea is touted to have one of the biggest drinking cultures in the world. And with that, if they know how to have a good time, surely, they must know a thing or two about curing hangover? From energy drinks marketed exclusively for after drinking to special medicine for hangover to certain food that promises to take away your suffering and rejuvenate you, the Koreans have it all. Just take your pick.

But what remains as the most popular choice after a session of heavy drinking is the traditional haejangguk fare.

The word haejangguk literally translates into “hangover soup” or “soup to chase a hangover” and is accordingly one of the first things Korean look for an alcoholic spree.

For some people, haejangguk can also refer to all kinds of soup which they believe can help ease post-drinking discomfort. The piping hot soup, rich and flavorful, warms up the stomach and gives the nutrients needed for a well-needed boost.

One textbook explanation of the soup says it usually contains dried napa cabbage, congealed ox blood, vegetables, and beef broth. But you don’t always get the same thing.

Also, different regions in Korea base their interpretation of the soup on their preferred recipes. Seoul, for example, serves a soybean paste based haejangguk with bean sprouts, radish, cabbage, scallions, and coagulated ox blood in thick beef stock.

It can get confusing to ask for haejangguk and get a variety of answers in what is IN the soup. Kadalasan kasi, each place serves their own version of the soup, all with different ingredients and ways of preparation, so don’t be too surprised.

But regardless of what they decide to put in the soup, each bowl is guaranteed to take some of the discomfort off you.

So the next time you feel like having a fun drinking session with your friends, consider dropping by a Korean resto afterwards. You just might find a haejangguk waiting for you.