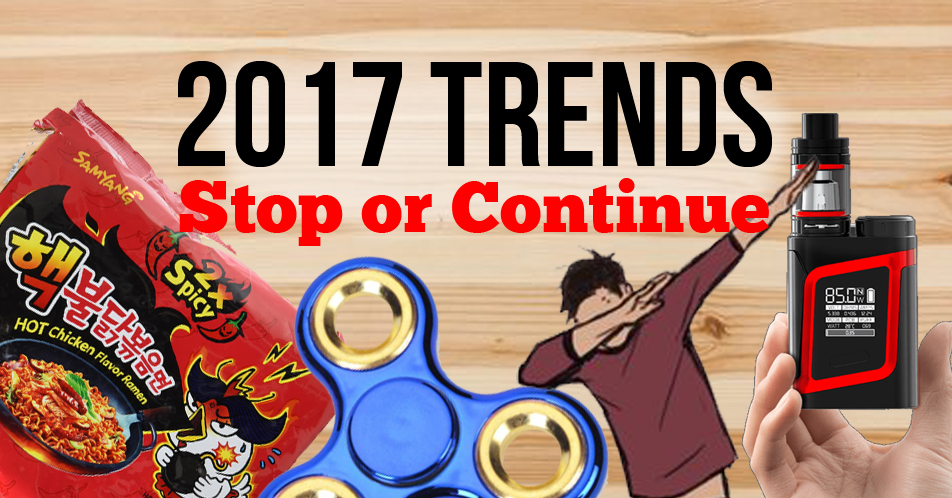 As 2017 draw nears to a close, we reflect on the trends that entertained, loved and made it more bearable, and in doing so, lets try to figure if we need to continue it through the years to come or nip it on the bud. 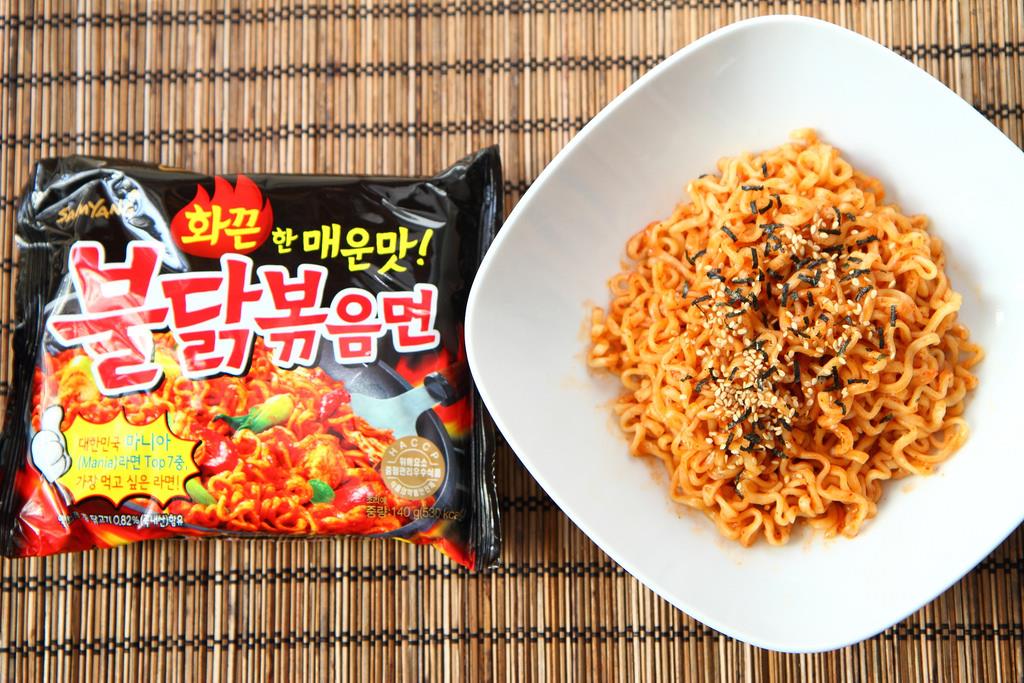 From Samyang Noodles Challenge to Ghost Pepper Challenge, people have gone out of their wits to upstage one another and we all know how these videos end but we still watch them. Verdict: we think its going to continue but with better food and better challenges With the influence of millennials going for more healthier options even in their choice of poison, Gin being a more pure alcohol with less calories took the stage. Popular brands like Tangueray, Bombay Sapphire and GSM Premium Gin. Verdict: Alcohol is alcohol, its more of preference.

The tobacco industry took a big hit when a nation-wide smoking ban was implemented. Vape or vaping was the alternative of choice for smokers who hates the restrictions. With a wide selection of flavors and gadgetry, our verdict is that Vaping will still continue.

Fidget Spinners took the toy world by storm, created to aid kids with ADHD it has sold millions of units. But it has one chink on its armor, longevity, after a few spins and a thousand colors, materials and design at the end its just a thing that spins. Verdict: STOP

After a scientific study confirmed its mere limited health benefits, this substance have hit our shelves from tooth paste to shampoo even in our drinks. Its pricey and nobody knows how good it is for us. Verdict: STOP

Filipinos love to eat, its a fact and everyday we make this statement true so when the Food Park craze struck our islands, it multiplied like humping bunnies on steroids. The result are both good and bad: Good, for consumers that wants to experience new concepts with more options. Bad, for resto owners because the competition is steep and failure is just a few servings away. Verdict: We think it will continue as the one that benefits the most are the consumers and at the end of it all, consumers will have the last say. The love for beer is strong, so strong that some of us wanted to be placed in the annals of its history. Brave souls that wanted to go up against the Goliath of the beverage industry. They come in different flavors and origin and are aimed for the sophisticated beer pallet of the urban elite since most of craft beers are pricier than the old guard you’re probably holding right now as you read this. Verdict: Craft beers are here to stay, they have a following and sooner or later a new king of beer will be crowned, but i doubt that.

It was fun when it started and it was still fun till the next guy started to over do it. With new music comes new dance steps and we think that the end of dabbing has come, finally. Verdict: STOP

As the culinary world turns to more healthier options, vegan food was placed in a pedestal as new dishes and methods are discovered. One of which is the Vegan Meat. It would look like meat, smells like meat, even taste like meat. We do fear the reality of it being mainstream, because nothing beats the real thing. Veggie Steak anyone, No thank you. Verdict: For the love of God and all that’s good on this Earth, STOP.