Can you beat their Huling Fiesta? 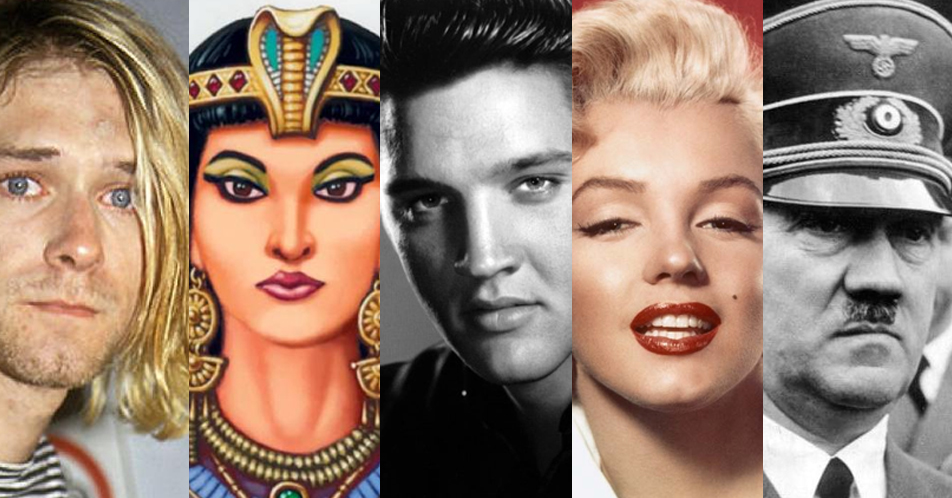 Let’s accept one fact that can’t be change: everyone of us will die. Death is inevitable but it need not be all sad. Some people even consider this life on earth is the real death and when we clock out of this world, then that will the time we are truly living. The burning question is, how do you want to drop the mic on your last performance? To give you some sort of base on what you want to feast on for your last horrah, we have some examples from famous people.

The Queen of the Nile was heartbroken when her bae, Mark Anthony died, so in order for her to join him in the depths of Duat (do–aht, underworld) she ate meal of figs laced with venom from a poisonous Asp Viper. At least before their death, these love birds formed the club, The Inimitable Livers. Pak! Hayop sa #couplegoals!

The King was known for his bad eating habits. His actually known for the King’s Sandwich (Bacon, Peanut butter and Banana between two slices of bread). But on his last meal went for his go-to midnight snack; Four Scoops of Ice Cream and Six Chocolate Chip Cookies. The next day, he was found dead on his bathroom because of heart attack. Oh my ache achy heart.

Ito ang pantasya nila erpat at lolo mo. Forced by the mob to commit suicide or was accidentally overdosed herself, Marilyn Monroe bite the dust the way actresses of his level did with opulence. She dined with stuffed mushrooms and meatballs while drinking Dom Perignon before the night of her death. Guess, she threw her #BalikAlindog1963 goals that year.

When Adolf knew his #squadgoals for Nazi Germany have gone kaput, he and his new wife Eva Braun had a light lunch of spaghetti and red sauce. He didn’t want to discuss the war, so they talked about lipstick and dog breeding. After which he went to his office, and shot himself. Married only for just 40 hours, Eva took also her life through poison. Grabe talaga ang werpa ng pag-ibig, nakakamatay!

Smells Like Teen Spirit fame, Kurt Cobain had a long struggle with depression. His widely publicized suicide note ended with ” It’s better to burn out than to fade away”. Before he shot himself, his last meal was a can rootbeer and Camel Lights cigarettes. Uso na pala ang diet sa rakista nung araw.