Did Sisig Beat Adobo as the Philippine’s No.1 Food Icon? 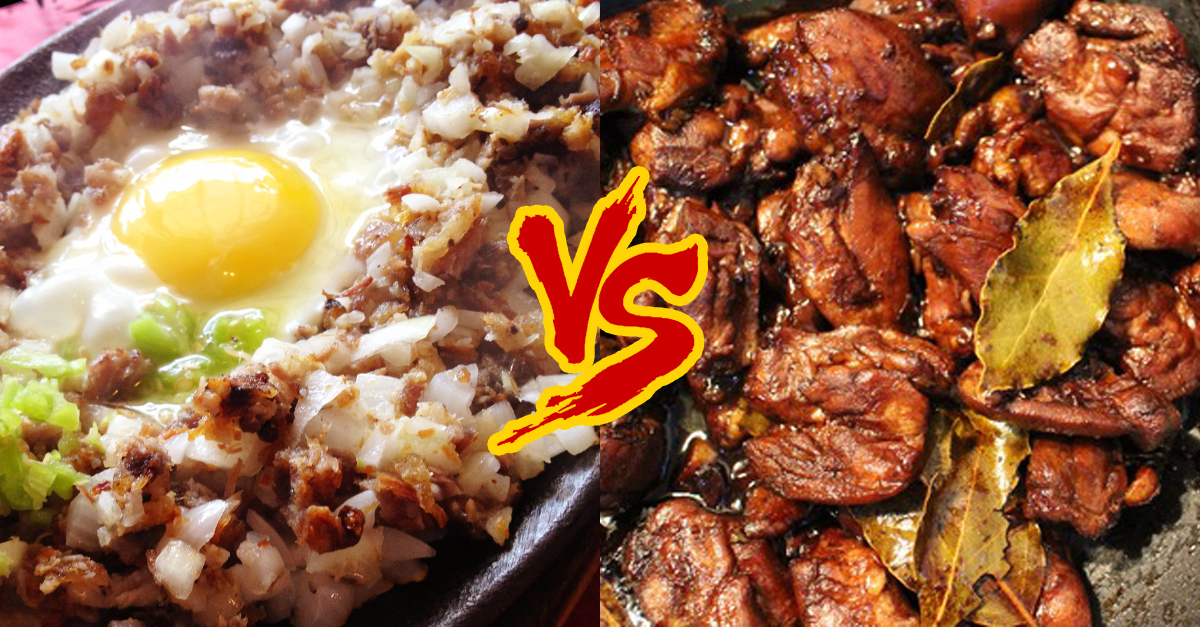 I am not one to squirm away from a food fight pero matindeng laban to, pare.

For the past couple of years, Filipino Cuisine has made waves as the next best thing. Paving the way is the classic Pulutan of Filipino flair, The Sisig. Paano na na-itchapwera ang original king of Filipino food na Adobo? The gloves are off and its going to be a unli-rice brawl. Let’s review the Tale of the Plate.

On the red-corner is the erstwhile champion, The Adobo has previously lorded the palates of all Pinoys and foreigners alike. Pati nga si Pareng Apl de Ap of the Black-Eyed Peas included this dish into one of their songs as a tribute to the Filipino race. Adobo was also featured by Gwyneth Paltrow in her GOOP.COM recipe, adobo fried chicken with waffle.

Made from ingredients (pig head and liver) normally rejected by the colonizers and the better-heeled members of society, these were given to native Filipino’s, Sisig hails as the fruit of Filipino resiliency and ingenuity.  Iba talaga tayong mga Pinoy, we make shit work… (literally and figuratively).

Celebrity Chef and Parts Unknown Host, Anthony Bourdain in an interview with CNN Philippines’ The Source said of Sisig:”…the brightest, best hope for a representational, advanced team.” “I think sisig is perfectly positioned to win the hearts and minds of the world as a whole,” he added.

Not to be undone is another Celebrity Chef, Andrew Zimmern, a few years back made a Sisig recipe of his own with a more western twist. For a guy who host, Bizarre Food, di nya kaya makipag-face to face sa maskara ng baboy. Add that to the New York Times dubbing the Sisig as “greatest pork dish on earth.” Saan ka pa, repa?!

Who will stain your dinner plates the next time cravings kicks in? As for me, I don’t care, just hurry up on my extra rice and make it a double!!!