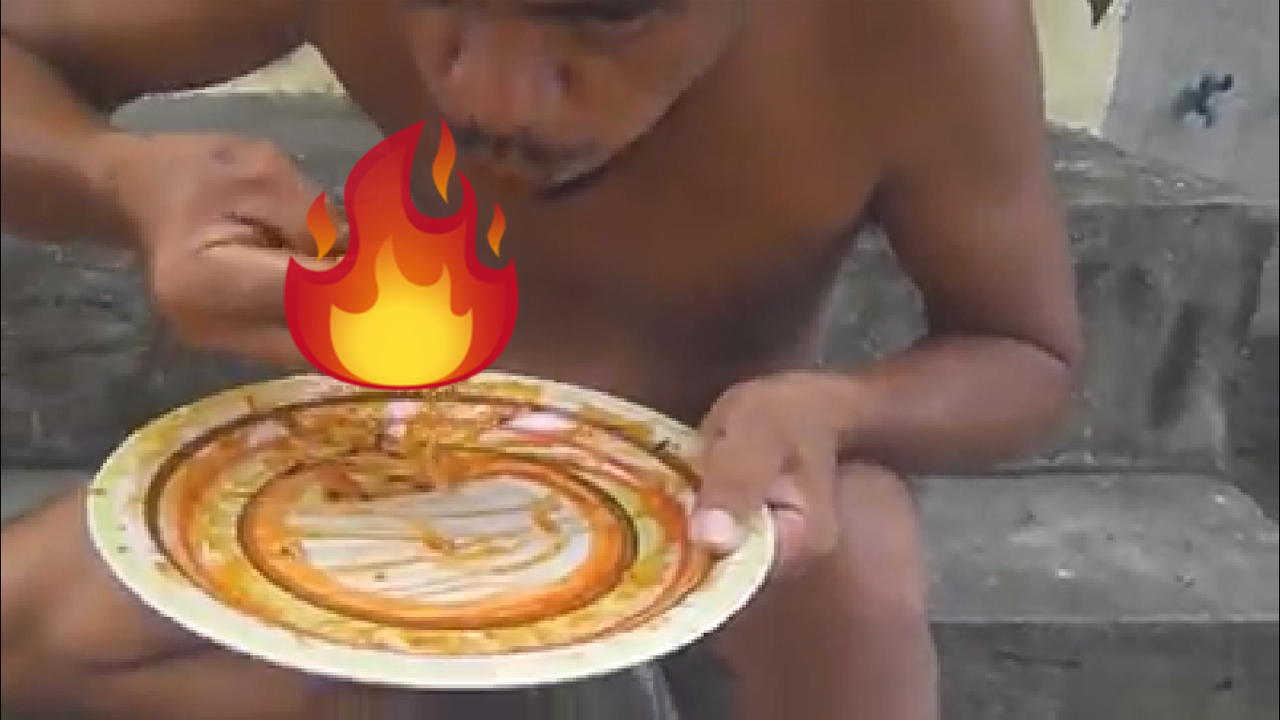 Give respect when respect is due. Disrespect equals pain and agony.

We found this video of a guy going for the the Samyang Noodle Challenge. He started fast and furious, almost inhaling the whole dish in one go. Guess its because he looks slightly like Pacman, that his innate power to conquer this spicy noodles are over flowing. The best part, there was no water available. Getting frustrated with the fork and he went for the jugular and continued stuffing his mouth bared hands. Swiping his plate clean, as if it was just some bland noodle from the carinderia.

He shrieks in agony… His mouth burning in pain… His hands trembling like it was on flame ready for the Kamehameha wave or a Hadoken technique. He goes for the NAWASA faucet, foolish enough to wipe his oily still in flamed hands on his face. Adding insult to injury, his face turns red ala the Red Skull. Now he’s deliriously insane in pain. Having “bakit ko to ginawa” thoughts swirling in his noggin. HAHAHAHA

Share your thoughts about this video or if you done the Samyang Challenge, hit us on the comments below. Cheers!