This Man Fries Chicken with his Hands 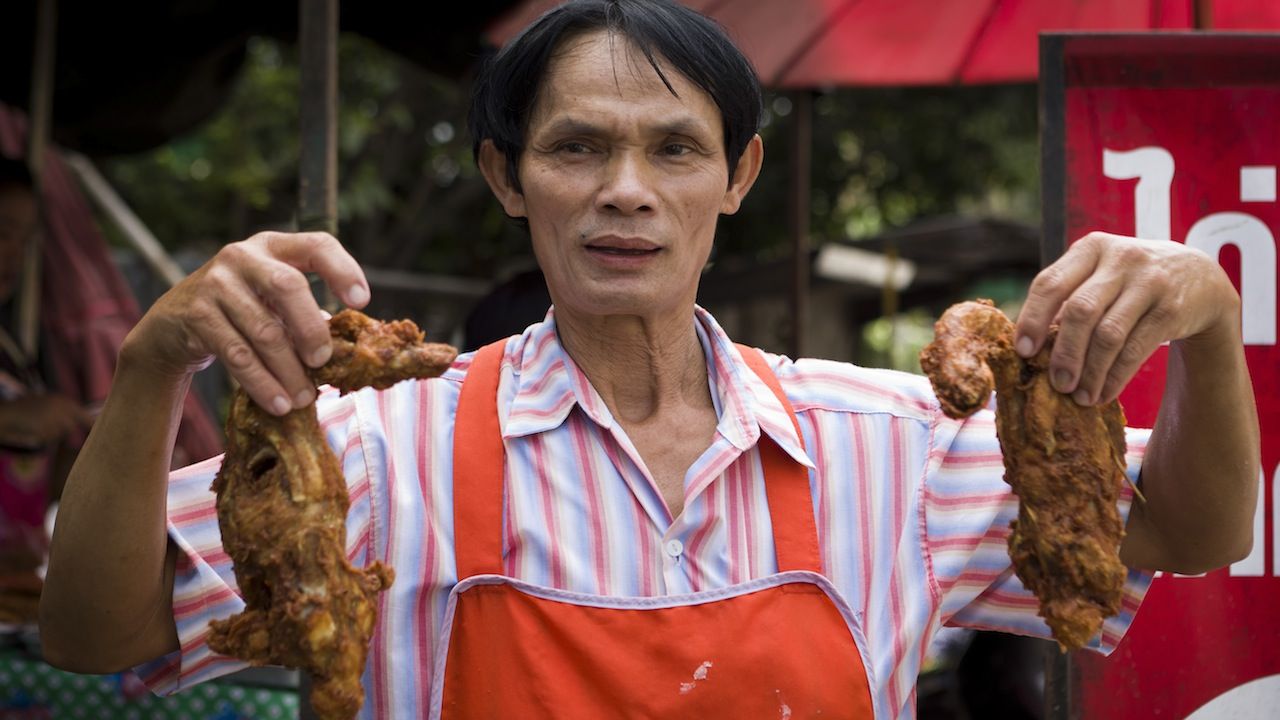 They call him SuperHands… but we rather call him IRONHANDS

He picks up that chicken as if the hot oil was a cold spring or something and because of that he made a name for himself as IronHands. He even named his stall after it. Pero hinde kami kakain sa stall nya, malay ba namin kung saan galing yung kamay nya. Eww Yaya, where’s the alcohol? Cheers!