WATCH: Bacon on everything… 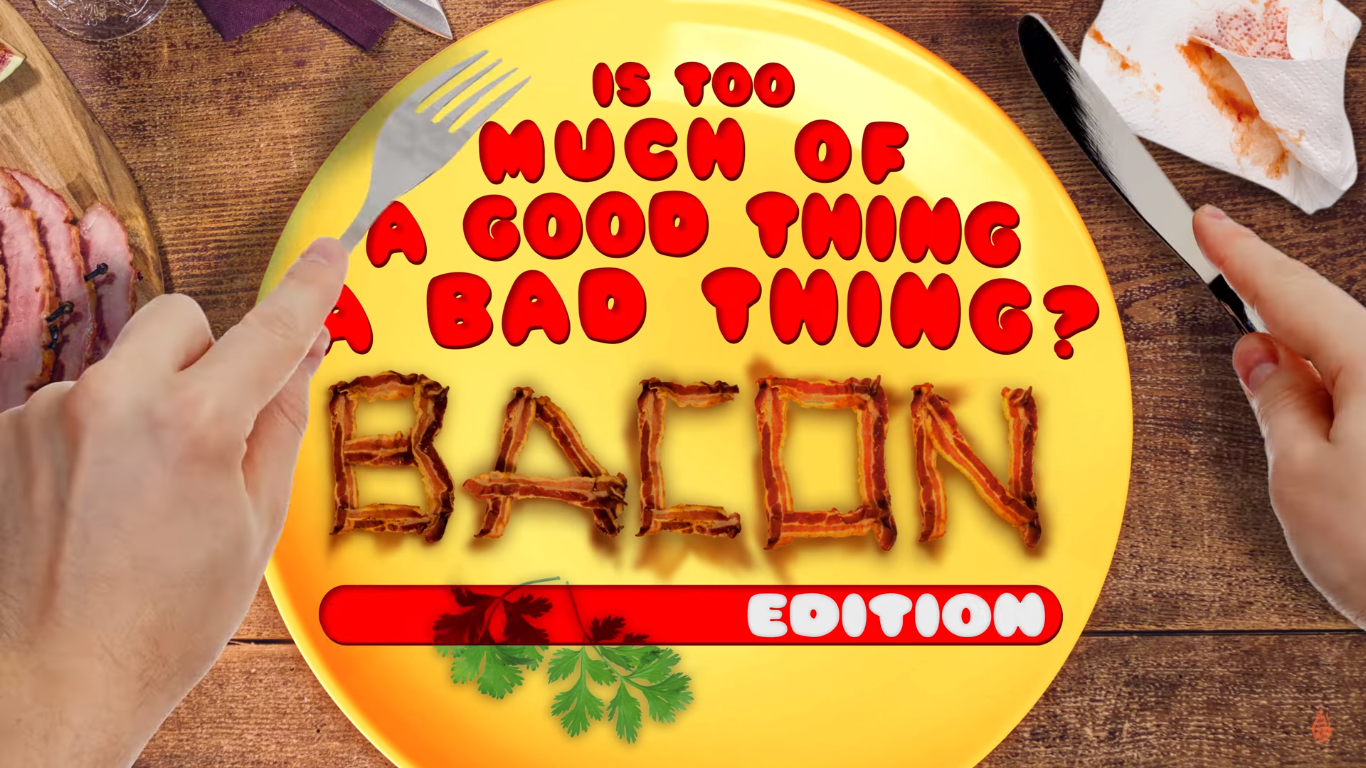 Is too much of a good thing, a bad thing? Not with bacon, sirs!

We found these two guys having a “bacon only” meal test. When they said “bacon only,” they really mean it. Your Baconator ain’t got something on these! They got bacon-wrapped buns, bacon-wrapped patties, vegetables soaked in bacon grease, and bacon-wrapped onion rings fried in bacon grease. To push all that bacon down, they had bacon soda with ice-cubed bacon grease through bacon-wrapped straws. And they were not done yet! No sir. Not these two. They went for a bacon-themed dessert! Bacon-wrapped bananas, with bacon-flavored ice cream, bacon chocolate, caramel bacon… and cherries (twing!). Rapbeh-con, mga chong!

Now, I knew it from the get go that this is a mad idea. Bacon is life, ladies and gents. So, if you felt dizzy and want to throw up from all that bacon, just drink as many glasses of water as the words bacon shown here in this article. Cheers!