Would you eat this??! 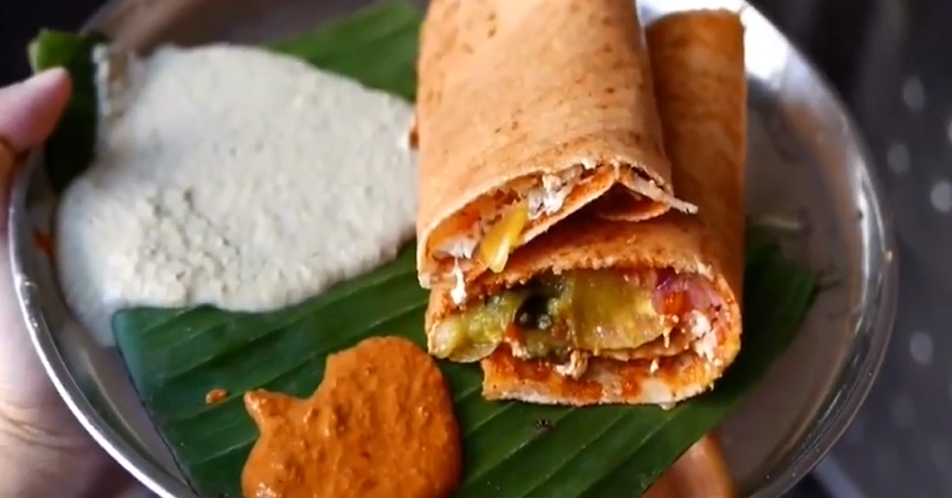 We saw this video, and honestly, i was clueless at first. Is it a pizza? A pizza with a shanghai wrapper as the crust. Is it a kind of shawarma? A shawarma with tomato sauce,  now that’s unique. During the course of my relationship with food, I am not also squirmesh of the sources of the food. My only caveat is that sana naman malinis, pare. I mean it could be an insect (wag lang ipis, bro) and I would chow it down faster than you can spell its name. Now back to this guy, and i pray that he washed his hand that week. I know for a fact that he didn’t use that hand for his pooping needs (Nasa tradition nila na wag gumamit ng kaliwang kamay sa paghawak ng pagkain) but he might have used it in his other needs… like eating. Guys, c’mon, the man gotta eat too, right?

Then he starts cooking like what preschool kid does with their art work. A little dab here and there, the brush strokes are uncanny, this guy makes art out of his food though to me it looks like more of what parents’ see whenever they change a baby’s diaper with just a dash of women’s monthly sesh on it. A Picasso sir, you are not. You just have to give it to this guy, the orders are piling up and his still cool as tombstone. Whatever the looks of the food he is cooking, you have a sense that people somehow likes it. After a little roll, all that food gets rolling to the plate of the customers. Then the beauty shots… yummm! It makes you forget that he cleaned than pan with a walis tingting. Suddenly, that banana leaf looks appetizing, cheers!