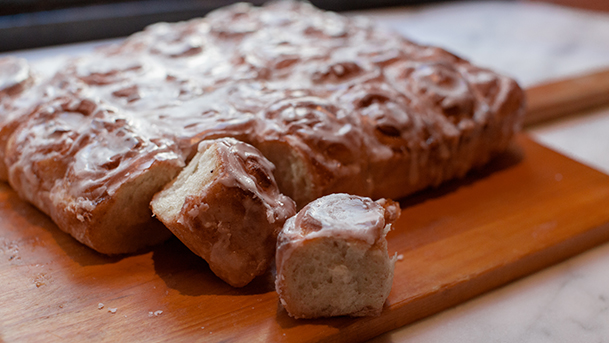 Mario Batali’s apology for past sexual overtures came with a twist.

Celebrity Chef and restaurateur Mario Batali has issued an apology to his “friends, family and fans” for his past sexual misconduct after allegations came out that he inappropriately touched four former female employees.

Netizens has felt outrage towards the apology saying that it felt insincere, meaningless, and tone-deaf. Let’s leave Mario Batali to his problems and salvage a new way to say sorry to the wife or girlfriend, only with a more passionate and sincere approach.

Below is the recipe of the Pizza Dough Cinnamon Roll Breakfast to make you closer to being forgiven for drinking too much during the Holidays, Cheers!