Wing-ing It, at the Wing Zone 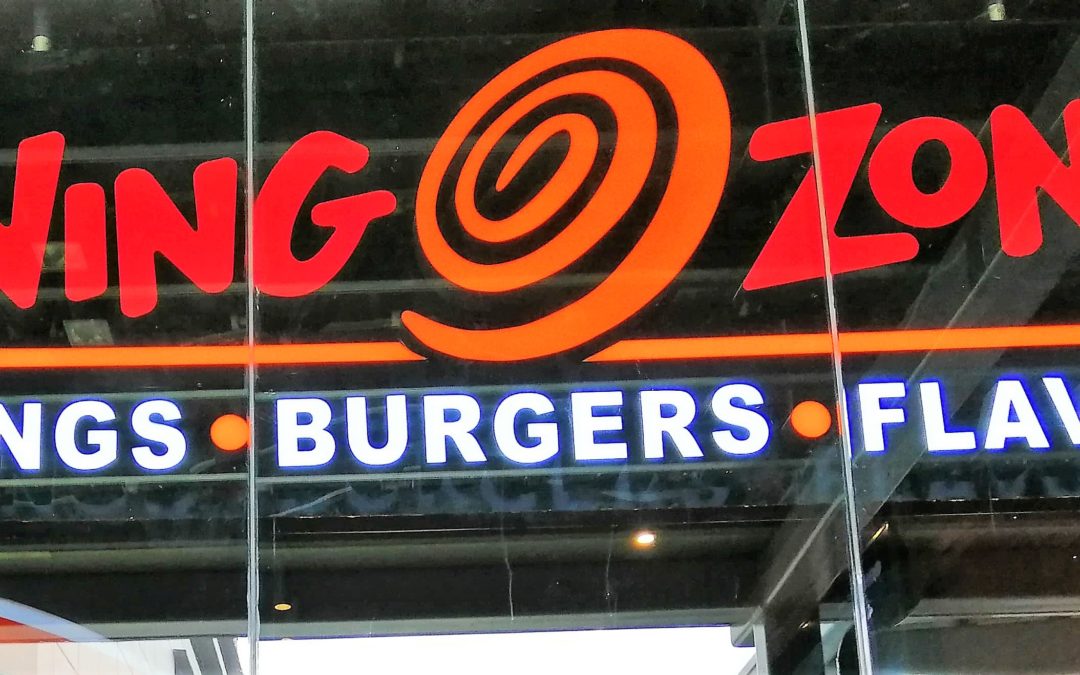 We tried this new chicken wing joint on top of the mall and here’s our honest take.

Nothing beats killing time with the bro, lalo na over buffalo wings and beer. So after deciding to try this new wing joint on Glorietta 4, here’s our honest verdict of the place, the staff and the wings.

Any cold beer is good beer but beer served with frozen liter mug, is sooooolid. It makes your regular SML a bit of inadequate, like it needs a gang bang of at least 3 more bottles.

Wing Zone offers a very comprehensive list of flavors and heat degrees with their wings albeit lacking the lesson giving heat of something stupid you ordered just because you want to be daring or “live life to the fullest”.

But they do served a large portion of wings. 12 pieces of chicken wings under P400 is a good deal any day, serve it in two flavors by six pieces a  nice gesture, but serving  wings that an actual chicken would have and not a pigeon, that’s generous.

They serve their wings two ways, dry rubbed or wet coated. We opted to go the wet coated, nothing beats licking your fingers after each bite. What we love of the wings at Wing Zone is that they crispiness doesn’t die with the sauce. Its still yummy and crispy. A terrible shame that we opted not to order extra rice, though their attentive staff might have telepathically guessed that I was about to order some. We settled for frozen veggies and blue cheese.

We were not fan of the blue cheese dip, yes it smells like blue cheese but taste losses its luster with what we perceived to be mayo into the mix. We understand that blue cheese is not cheap but we do now that the best way to extend it is by adding cream cheese. The consistency was off, taste was sour-sweet.

Would we recommend, Wing Zone, yes. The place is relaxed and homey, with a staff that has the customers in mind. The price is fair for the wings, but not for the burgers. Got to try that on the next visit. And lastly, if you’re not that hungry, don’t order the 12 pcs, you wont finish it. Cheers!