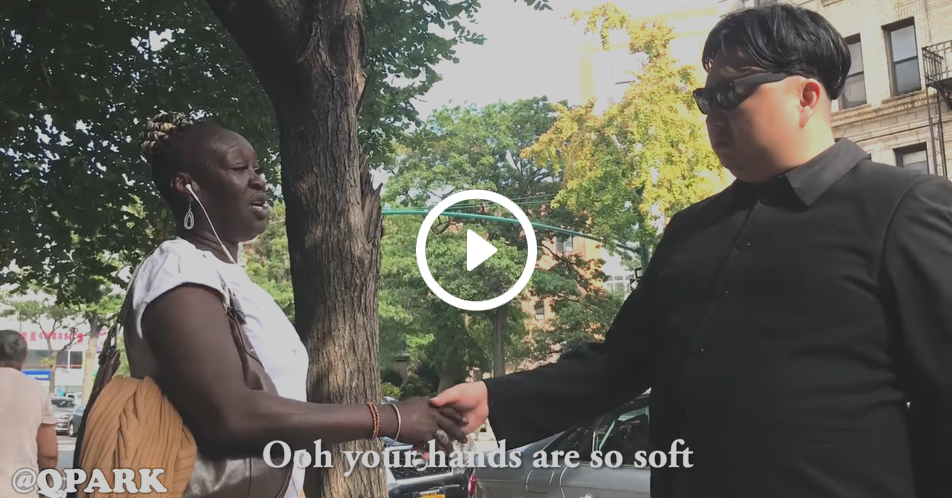 With the tension between United States and North Korea, what will you do if you see it’s Supreme General Leader?

We found this video of a impersonator walking the streets of New York with a General as a chaperon. It would have been a common thing but the guy is walking as North Korea’s Supreme Leader Kim Jung Un. The same guy that threatened to nuke the United States to kingdom come.

Some found it funny, as the strongman waddles his way through the streets without a expression on his face. While others bleep out curses, amazed as how he manages to be walking unharmed in the streets of Harlem. More took pictures, while a few payed reverence. The guy walks inside a Korean  restaurant, freezing almost everyone in disbelief until they recognize that this is not the real Kim Jung Un.

Can everyone just be chill like this? One, two, three… KIMCHI! Cheers!