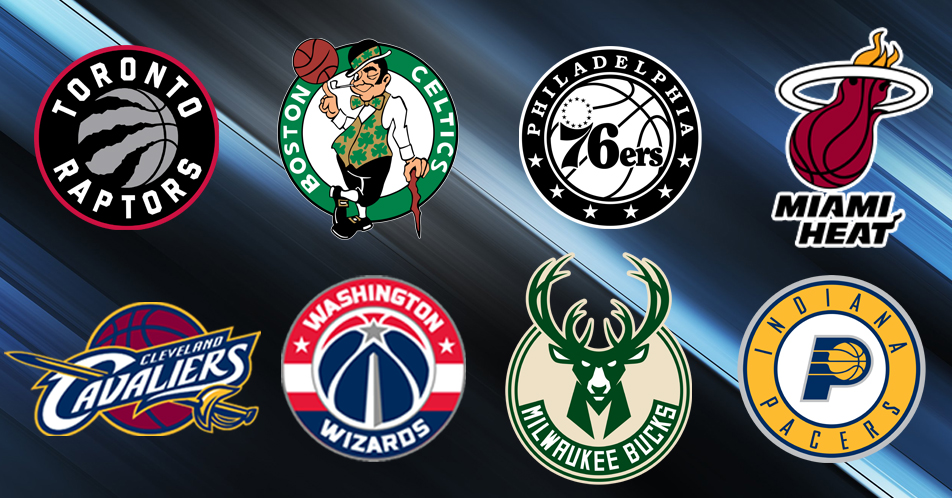 Ihanda na ang pulutan at beer, we are going to the Playoffs!!!

With the season games coming to a halt to give way to the annual NBA All Star Weekend, we decided to see the playoff picture if the playoffs started today and here’s what we got and predicted the results.

The Toronto Raptors has found themselves on top of the heap prior to the All Star Games, and they have been here before, and we are sure they are not comfortable. With other powerhouse teams breathing in their necks its though to be complacent and seat in their laurels. The Heat has been fairly consistent, with Dwayne Wade back into their fold and emerging stars Goran The Dragon Dragic, Josh Richardson and Hassan Whiteside executing harmoniously specially on their defense. The Raptors has one of the offensively talented frontcourt in the league, Kyle Lowry and DeMar DeRozan, with a strong backcourt in Serge Ibaka and Jonas Valanciunas. Prediction: Toronto 4-1

On the Eastern Conference, this is the interesting match-up. The Boston Celtics has lost one of their vital cogs on the first day of the competition, Gordon Hayward, but it proved to be a blessing in disguised as this allowed the team to develop their prized rookie Jayson Tatum and accelerate his maturity and understanding of the game. It also paved the way to get more players involved in both offense and defense. The Celtics are capable to adjust its roster to go big or go small depending on what the competition would throw at them. And with Head Coach Brad Stevens, who has a knack and focus in defense, it would be a tough going against the Celtics this season.  On the other hand, the process in Philly has started reaping its fruits. Joel Embiid has proved to be a force in the paint both defensively and offensively. The young core of players that the 76ers have is enough for them to be a contender in the coming years if they can remain intact. Dario Saric, Robert Covington and JJ Reddick knows what to do to get their team to the next level. The variable is the effectiveness of young star Ben Simmons. A 6’10 behemoth that plays a point-forward role with Markelle Fults in the sideline trying to improve both his health and jump shot. Prediction: Boston 4-2

The season series matchup is 3-1 in favor of the Pacers but they will be up for a surprise if the playoffs starts today. In one swipe, Lebron James and the Cavaliers front office had a locker room changed and let go most of their lineups. Gone are Isiah Thomas, Iman Shumpert, Dwayne Wade, Derrick Rose, Channing Frye, and Jae Crowder while gaining the services of Jordan Clarkson, Larry Nance Jr., Rodney Hood, and George Hill. We suspect that the injury to Kevin Love’s hand was the last straw that broke the camel’s back as the Cavaliers where struggling to win games. With the trade, the King’s royal court has upgraded their defense in two positions: the Point Guard and the Shooting Guard with George Hill a younger defensive oriented PG and Clarkson a more dependable defensive two guard.  The Pacers on the other hand is a rag tag crew that has not been shy of getting their hands dirty. They will always find a way to win starting with their defense. They have a young core of suspected runaway Most Improved Player of the Year, Victor Oladipo, steady role players Darren Collison and Thaddeus Young, add emerging star player Myles Turner into the mix and Indiana has a steady course to the playoffs almost every year, though the sad fact there is qualifying for the playoffs achieves nothing but mediocrity they need something that will propel them to the next level and give them a fighting chance to a win a championship. Prediction: Cavaliers 4-1

This series is also evenly matched it boils down to who wants it bad. The Washington Wizards has found their team again in the playoffs with again no sign of them being a contender to the championship. They have the thinnest lineup in the league at 14 players and an injury to star player John Wall has greatly put pressure on Bradley Beal to carry the load of leading the team. With no supporting pieces to make a difference when they needed the most, it would take a miracle for the Wizards to be on striking distance of the crown. The Milwaukee Buck are on the same boat as the Wizards but what they have is depth specially if they are in full force, unfortunately they lost reigning Rookie of the Year Malcolm Brogdon to injury while Jabari Parker is still looking back to gaining his old from after an ACL injury last year. Luckily, they still have Giannis “Greek Freak” Antetokounmpo to lead their team. The Bucks is our Dark Horse in the Playoffs. Prediction: Bucks  4-3

Detroit Pistons has a fighting change of stealing the show and foiling all these prediction. The Pistons’ acquisition of Blake Griffin has opened them to new opportunity to grab up to the sixth seed of the playoffs if all things falls in their favor and some crucial loss to the last three teams in the playoffs.