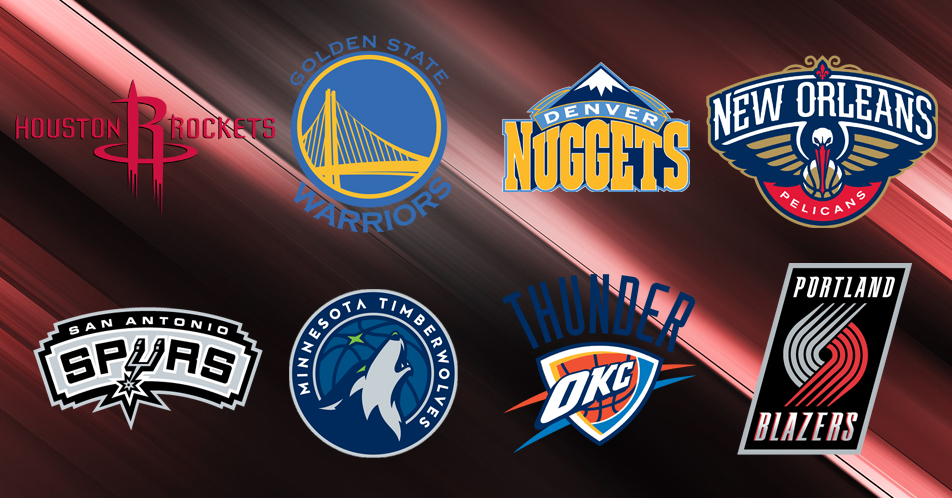 Ihanda na ang pulutan at beer, we are going to the Playoffs!!!

With the season games coming to a halt to give way to the annual NBA All Star Weekend, we decided to see the playoff picture if the playoffs started today and here’s what we got and predicted the results.

With the lost of DeMarcus Cousins to a season ending injury, the Pelicans is in a tough matchup against James Harden and Chris Paul. The high octane offense of the Rockets, coached by Mike D’Antoni, can nullify any advantages the Pelicans in height. Anthony Davis is an agile big man that can score whenever he wants but the support factor from his teammates would mean nothing against the firepower of the Rockets who has added a proven veteran Joe Johnson’s play-making and shooting skills in their arsenals. Prediction: 4-1 Houston

Dubbed as the most powerful and lethal lineup in NBA this season, the Warriors are widely expected to blaze pass the Nuggets in this match up. The Warriors are just plain out unstoppable and it would take an injury to 3 out of their 5 star players in the Death Lineup to even equalize the situation. The injury to Paul Millsap really put a toll on a lot of his teammates specially on their 2017 rookie of the year candidate, Jamaal Murray. The Blue Arrow persevered with often injured Nicola “The Joker Jokic” doing his best as a passing Big Man. Prediction: 4-0 Warriors

The perennial contenders Spurs are off to a rough start this season having lost their star player Kawhi Leonard to a nagging shoulder injury. After healing from his playoff injury last season, the Claw has only played a hand full of games and not on 100% capacity. The same is also happening to Portland with Damian Lillard often on the injury-list. The Blazers has three young stars but seem to cant afford a supporting cast that can get them to the next level, a contrast to the Spurs ability to see talent when other teams look the other way. And having Coach Popovich at the helm doesn’t hurt. Prediction: Spurs 4-3

This is the most interesting match up of the playoffs with both teams finally finished with their rebuilding phase and is gunning to cash in. OKC Thunders signed and traded for two veteran all-stars in the off-season, Paul George and Camelo Anthony, to join reigning MVP Russel Westbrook. On the other hand, Minnesota coach Tim Thibodeau had a reunion from his Chicago Bulls players, Jimmy Butler and Taj Gibson, complementing his young core of of first round picks, Karl Anthony Towns and Andrew Wiggins, to field a solid contender team for years to come. There is also rumors circulating that former MVP Derrick Rose is inclined to sign with the Wolves after he gets waived. With equally gifted players and firepower, the Wolves is deeper in depth compared to the Thunder that traded what depth they had for Carmelo Anthony. Was it a good move, we will soon find out. But having the Westbeast is certainly a plus, specially that he’s still averaging close to triple double per game. Prediction: Minnesota 4:3

Los Angeles Clippers is still a chance to change the match ups of the playoffs but they need to find their bearing first. The trade with the Pistons for Blake Griffin has put the Clippers in a nose dive for a rebuilding phase next season. But this season is far from over, with Tobias Harris and Avery Bradley in their fold, the Clippers has still the right pieces to go clinch that playoff birth. Though against the Rockets on the first round will mean their playoffs would be short and sweet.